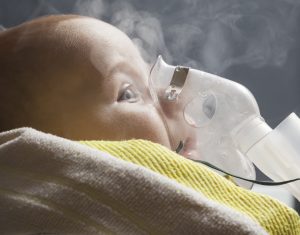 Respiratory tract infections (RTIs) such as colds, flu, bronchitis, and pneumonia, are the leading cause of death and a major cause of hospitalizations in children under 5 years old. RTIs are especially prevalent and dangerous during the first year of life. A recent post covered the very high incidence of vitamin D deficiency among infants, along with the low rates of compliance in giving babies the recommended daily amount of vitamin D.

Many studies have linked vitamin D with the risk of RTIs; with the combination of their immune systems being under-developed and their high risk of vitamin D deficiency, it is especially important to ensure they are receiving enough vitamin D on a daily basis.

As can be seen in the chart below, infants who received supplementation 5-7 days per week were 54% less likely to get an RTI than those who did not receive any supplementation with vitamin D; risk of RTIs went down as the frequency of vitamin D supplementation increased. 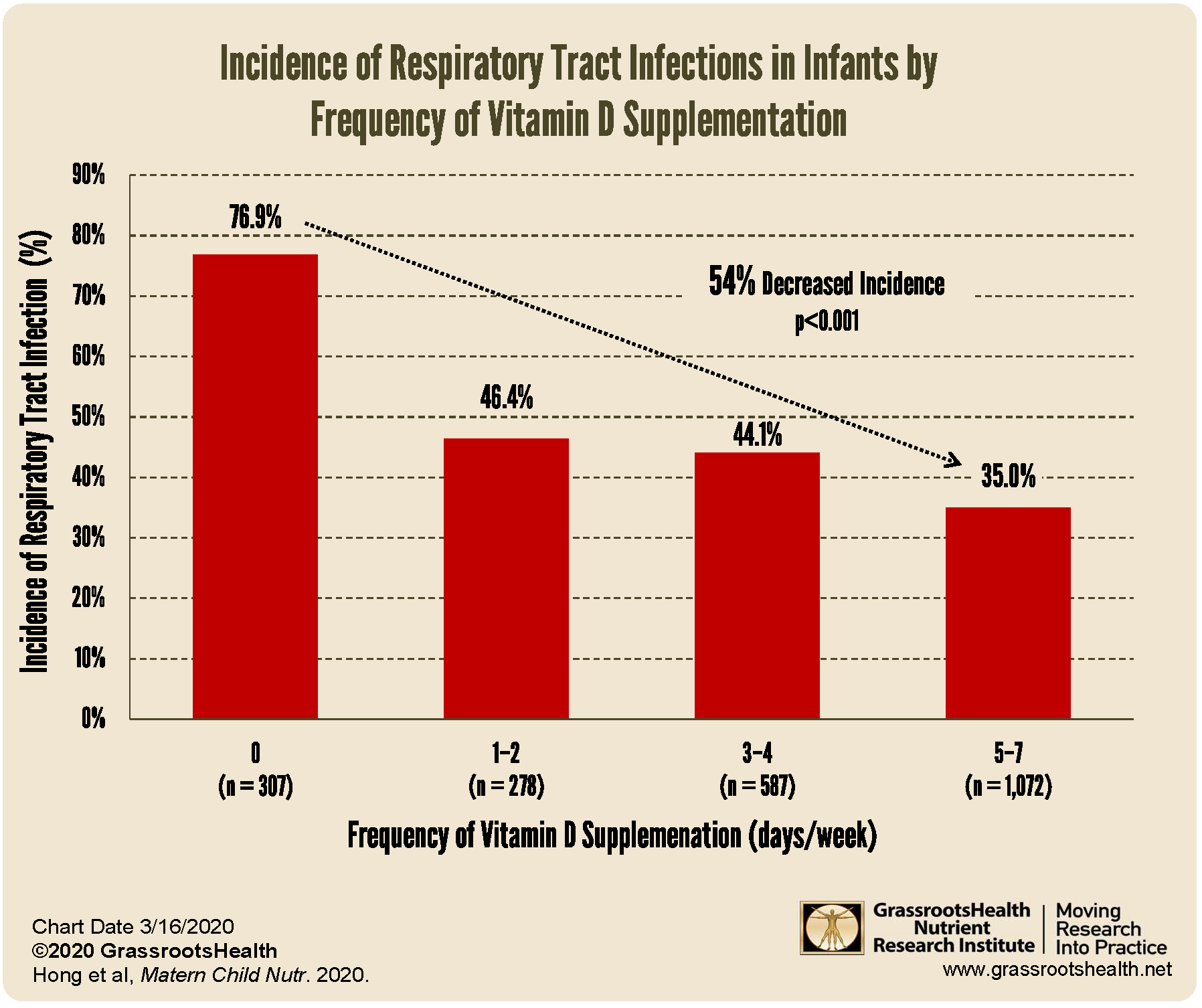 Supplementation is Necessary for a Healthy Immune System in Babies and Children!

Make sure you know theirs and your vitamin D level, and take steps to keep it within a target of 40-60 ng/ml or 100-150 nmol/L! Through GrassrootsHealth Nutrient Research Institute, you can also test your essential elements magnesium, copper, zinc and selenium, toxins such as lead, mercury and cadmium, as well as your omega-3 levels, inflammation levels and thyroid stimulating hormone (TSH) level. Find out your levels today! Log on to the test selection page (click the link below) to get your tests and see for yourself if your levels can be improved. 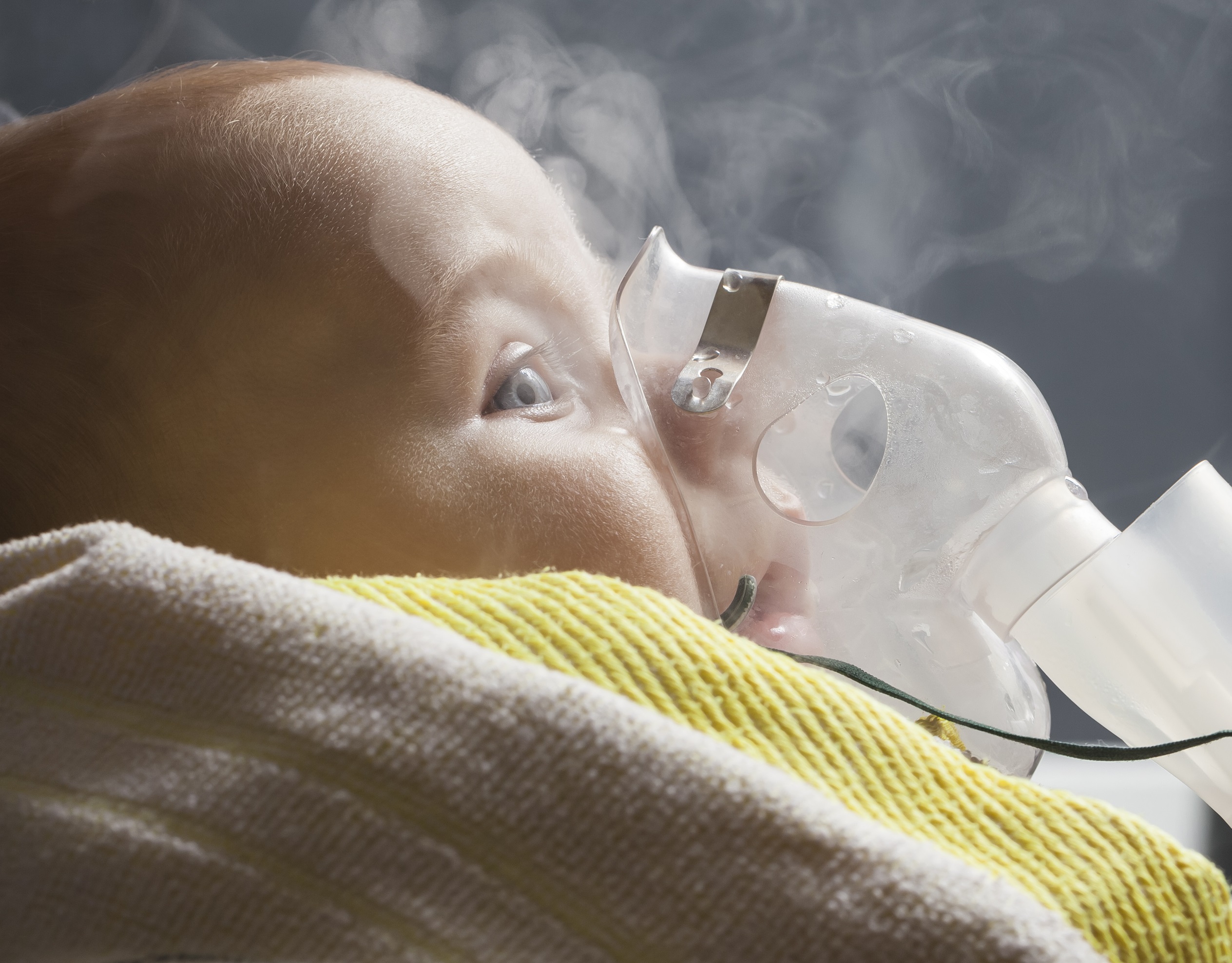