There is a branch of the National Institutes of Health, the medical research agency of the United States, called the National Institute on Minority Health and Health Disparities (NIMHD) whose charter is to lead research associated with improving minority heath and reducing health disparities. Their goals are to raise awareness about and lessen the impact of the unequal burden of illness on minority, rural and poor populations. Actual numbers may differ, but health care and government leaders agree that health disparity creates a huge, unnecessary health care cost. This 2011 paper estimates that the added expenses from health disparity creates an extra $57.5 billion per year in direct medical care expenses and $250 billion from illness or premature death.

Eliminating disparity in cancer is one of the American Cancer Society’s (ACS) overarching goals according to ACS Facts & Figures 2017. ACS shows breast cancer incidence among non-Hispanic whites and blacks to be equivalent, but blacks have approximately 1.5 times the death rate. A black man is 1.5 times more likely than a non-Hispanic white to have prostate cancer, with 3 times the death rate. Pages 49 to 51 of this document address disparity, with an emphasis on socioeconomic status, stating problems with early detection, access to health care, and access to treatment. They cite poverty as the biggest factor for racial and ethnic disparities in cancer, with 24% of blacks and 21% of Hispanics living below the poverty level, as compared to 9% of non-Hispanic whites.

Could it be something else?

What else is more prevalent in blacks and Hispanics than non-Hispanic whites?

Who is the most deficient?

The National Health and Nutrition Examination Survey (NHANES) measures and analyzes vitamin D levels in the US over many years. Here is data from 2009-2010. Here are just a few conditions and their prevalence or incidence by race. Incidence is the number of cases per year, or in the case of pregnancy per birth. Prevalence is how much of the population is living with the disease.

Also, in a study of colorectal cancer patients where vitamin D level was measured at diagnosis, black participants had a much lower vitamin D serum level than whites – with a median of 10.7 ng/ml as compared to 21.1 ng/ml. According to Grant and Peiris, 13 types of cancer seem to be very affected by race – even after considering socioeconomic status and access to healthcare: bladder, breast, colon, endometrial, lung, ovarian, pancreatic, prostate, rectal, testicular, and vaginal cancer; Hodgkin lymphoma and melanoma.

Why are African Americans so much more deficient in vitamin D?

The sun is the primary source of vitamin D for most Americans, accounting for 80-90% of vitamin D production (Grant and Holick, 2005).

Melanin, the pigmentation in skin, blocks UVB. Therefore, the higher the melanin the more UVB is blocked and the longer you need to stay out in the sun to produce vitamin D. Some researchers have said that a dark-skinned black person may need 2.5 times the amount of sun a light-skinned white person would need. That means 20 minutes for one person, and 50 minutes for another. Read more here about how to get vitamin D from the sun.

What does research tell us?

Creating an average of all the conditions listed in table 2 of Grant and Peiris, 2012, there is approximately a 1.3 times higher likelihood of death from cancer if you are black, as compared to white. This paper reviews research on vitamin D and both incidence and death rates of 20 different types of cancer. Some studies report almost no difference, while others have greater disparity.

Grant sites ecological studies – ones that look at a population group, their overall vitamin D level and incidence – as shedding the best light on the problem because with cancer, it is not something that appears overnight. Time and again, during GrassrootsHealth seminars, scientists say that the biggest preventive benefit you can get from vitamin D would be achieved by getting vitamin D levels up to 40 – 60 ng/ml as early as possible in your lifetime and staying there.

A study by Wu et al., Association of Vitamin D3 Level with Breast Cancer Risk and Prognosis in African-American and Hispanic Women, reported that 69.2% of black and 37.8% of Hispanic women in the study population had vitamin D levels below 20 ng/ml (50 nmol/L). This was determined to be a predictor for breast cancer.  Black women with vitamin D levels between 12-19 ng/ml had a 52% probability of developing breast cancer whereas the probability for Hispanic women in the same range was 31%. This study was conducted with women from Los Angeles, where presumably you can get UVB from the sun year-round, yet they still found over two thirds of black women to be deficient (< 20 ng/ml).

GrassrootsHealth worked with a group of vitamin D researchers to analyze data on preterm birth from two vitamin D supplementation randomized controlled trials (RCT), 509 women total. The RCTs recorded vitamin D levels from the first OB visit to the last, and divided participants into groups who received either 400 IU, 2000 IU, or 4000 IU/day. The population was 74% Hispanic or black, with a starting average vitamin D level of 23 ng/ml (57 nmol/L). The black women started with a median vitamin D level of 16 ng/ml (40 nmol/L), and achieved a median level of 30 ng/ml (75 nmol/L) by the end. This and other research has found that preterm birth is most improved by getting mothers over 40 ng/ml (100 nmol/L).

Differences by race/ethnicity were not statistically significant when 25(OH)D
concentration was included as a covariate in multivariable regression analysis.

What? Who understands that? This is important to break apart.

When statisticians crunch data, to sort out findings from a study, there are times when they want to make sure that the finding wasn’t due to a separate variable. For example, many times in vitamin D trials, they account for BMI, which is used as a marker for obesity. Multivariable regression testing is a way to look at many variables within your trial and see how they affect each other. So, in the BMI example, did vitamin D lower all heart disease? Or only for those that had a BMI < 25? We won’t get into the math to make this computation happen, let’s just say the statisticians know their numbers.

So, the statement above is really the key to disparity and the plausible assumption that vitamin D levels in recommended ranges (40-60 ng/ml) could level the playing field.

To a statistician this statement means… there was NO difference in preterm birth rates (what was measured in the study) by ethnicity if vitamin D levels were equal.

The latest GrassrootsHealth paper on preterm birth outcomes over two years at the Medical University of South Carolina also has a few things to say about disparity.

Over the two-year study period, 1,064 women were monitored, of which 46% were white, 37% black, and 11% Hispanic. Let’s see if we work our way backwards – if we get an expected outcome. Meaning, we know, by NHANES, what the average vitamin D level is by racial group. Let’s use this table from the paper to see if we can approximate what the average pre-term birth rate is for each group (before treatment).

We happen to have a NHANES chart for women of childbearing age. Analyzing the non-white women (black, Hispanic, other) who went through the study,  had more than one vitamin D test, and by time of delivery had raised their levels above 40 ng/ml, revealed that those women had a scant 4% preterm birth rate – almost unheard of in any OB circle. By comparison, those who had not achieved a level of at least 40 ng/ml by their final vitamin D test prior to delivery had a preterm birth rate of 18%. But…
If getting vitamin D levels above 40 ng/ml is safe, can prevent disease, and is economical – why aren’t we all doing it?

GrassrootsHealth would like to work with a hospital, community, church, school group to implement a program of testing and education to achieve recommended vitamin D levels. We would expect to see changes within months, not necessarily recordable, but usually things like, “The small pain in my neck that was a hindrance has vanished.” “My nails are growing stronger.” “I used to get headaches weekly and they are now gone.” “My husband and kids got the cold that was going around and I didn’t.” If we continue, over years, we can report de-identified health outcomes for this group, such as frequency of colds/flu, pain, diabetes, etc…

Can you help us find a location and fund this initiative? Contact us! 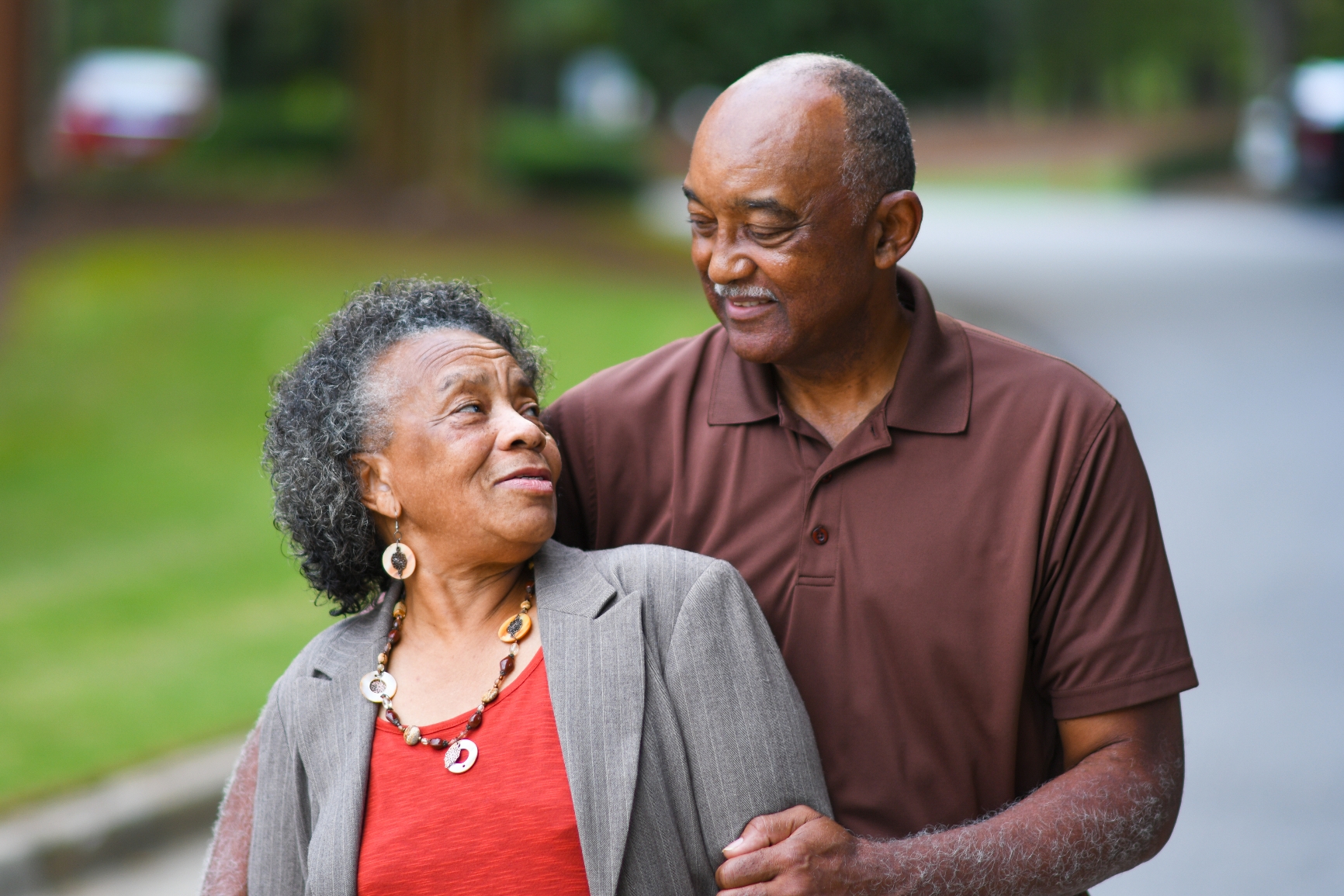