The results of a study comparing vitamin D levels in 1998-2000 vs. 2009-2011 among middle-aged women participating in the Study of Women’s Health Across the Nation (SWAN) were published this month (April 2019) in the journal of Clinical Endocrinology. The researchers found that the average vitamin D level increased from 22 to 28 ng/ml (54 to 70 nmol/L) among the 1,585 women in the analysis. The percent of women below 20 ng/ml decreased from 43% to 24%. Also, the percent of women using a supplement, which was defined as taking either a multivitamin or vitamin D supplement at least one day per week, increased from 41% to 67%.

How does this compare to the larger United States population?

Using data from the National Health and Nutrition Examination Survey (NHANES), which collects health information from a representative sample of individuals living in the United States, the chart below presents the vitamin D levels for those aged 18 years and older by year (2001 to 2014). The average vitamin D level increased from 25 ng/ml in 2001-2002 to 28 ng/ml in 2013-2014 (62 to 69 nmol/L). The percent of adults below 20 ng/ml decreased from 26% to 23% during the same time period and those less than 40 ng/ml decreased from 94% to 87%. How do these vitamin D levels compare to the GrassrootsHealth cohort? While the results from the SWAN study and NHANES indicate that vitamin D levels in the United States are increasing over time, almost a quarter have levels below 20 ng/ml, and a majority of individuals have levels below 40 ng/ml which leaves them at an increased risk for a number of health conditions. For more information on why a vitamin D level at or above 40 ng/ml is important, check out the Call to Action from the GrassrootsHealth panel of scientists.

Is your vitamin D level where you think it should be?

What is your vitamin D level? How about your magnesium level, an important co-nutrient of vitamin D? Make sure you know your nutrient levels are within the range for good health and optimal functioning. Find out your levels today! Log on to the shop (click the link below) to get your tests and see for yourself if your vitamin D and/or magnesium level can be improved.

How can I track my vitamin D and magnesium levels? 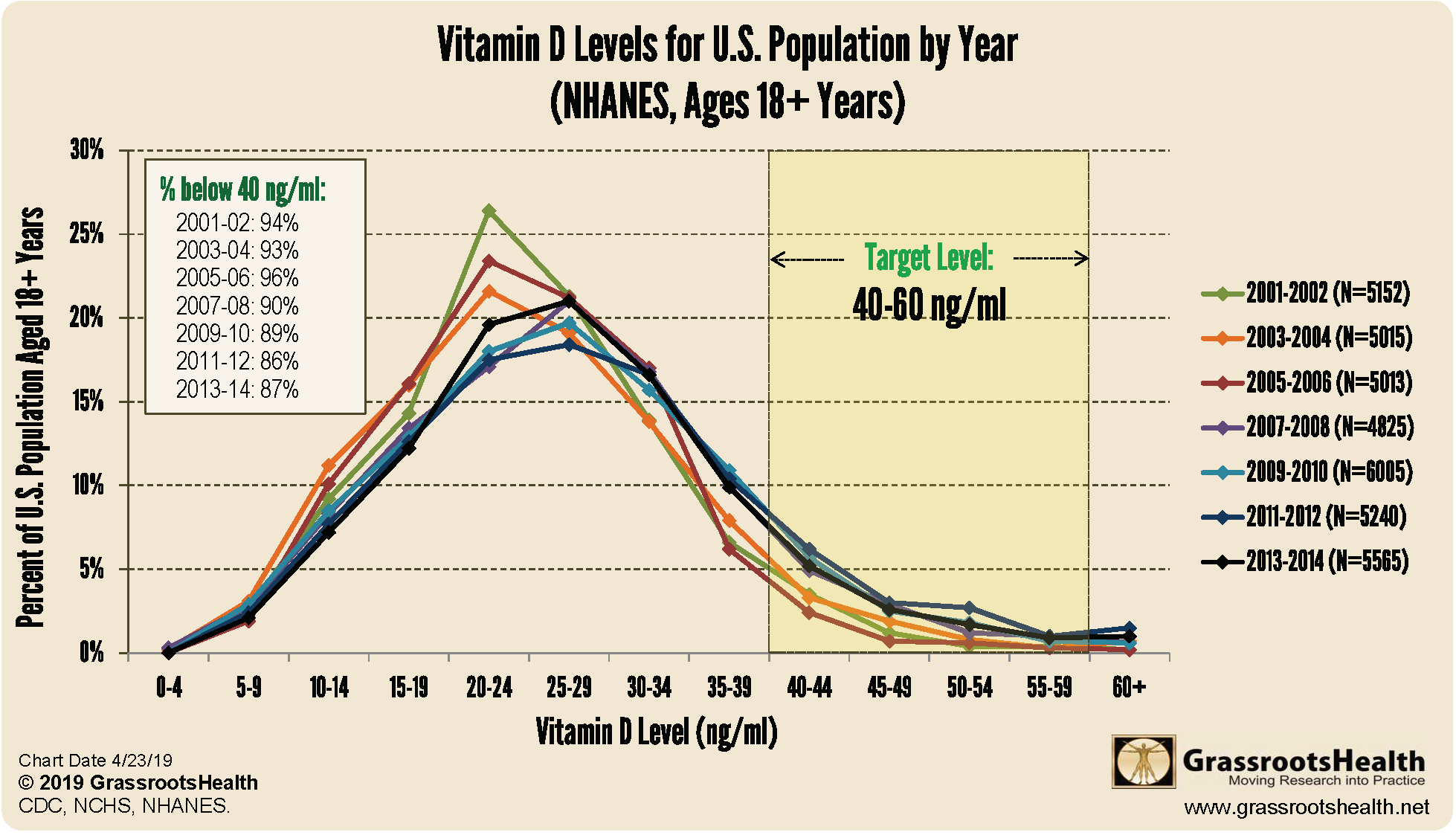