It is a sad state of affairs when a news piece is done on research and only the headline is discussed. What about the details? Do researchers painstakingly crunch numbers, follow diligent statistical guidelines, have multiple editions reviewed by multiple people – only to have one sentence pulled out and reported on?

In a recent article in The New Daily, an Australian paper, a headline stated there was ‘no case’ for vitamin D supplementation in pregnancy. That could lead one to believe that vitamin D provides no benefit to pregnancy at all.
Is that indeed that the conclusion published in the research paper?
No.

Seven positive outcomes to vitamin D supplementation during pregnancy were included in the paper:

What did this paper find vitamin D did not help with?

Preterm birth. The researchers found that preterm birth levels were the same with or without vitamin D. But, they did not include a pre-eminent paper on preterm birth in their analysis. It was a randomized trial, with 257 women, but since this trial did not use a control group receiving vitamin D supplementation of 600 IU/day or less, it was not allowed in the meta-analysis. In this paper, published in the American Journal of Obstetrics and Gynecology in 2013, the authors reported that preterm birth was inversely associated with vitamin D levels just before delivery.

Within the ‘Discussion’ section of the paper the authors explain some problems with conducting a meta-analysis such as they did including 1) most of the trials were very small and 2) many trials did not keep data on clinical outcomes of the baby (i.e. low birth weight) or the mothers (i.e. preeclampsia).

The authors also discussed inherent problems of nutrient trials. Dr. Robert Heaney, former Research Director of GrassrootsHealth, wrote a paper to address these common problems with randomized controlled trials involving nutrients. The first two criteria in the list below were highlighted in the paper as a problem with many of the trials included in their meta-analysis.

What else is missing from the misleading news headline?

GrassrootsHealth published a combined analysis in 2016 with data from two randomized controlled trials and compared them to data from the March of Dimes in the same region. The analysis was done by vitamin D levels, not dosage groups. This research found a 57% reduction in preterm birth for women who achieved 40 ng/ml (100 nmol/L) or more before delivery as compared to women with vitamin D levels less than 20 ng/ml (50 nmol/L). This paper wasn’t included because it isn’t a randomized controlled trial, it was an analysis of trial data.

Another major piece of evidence that was missing was the 2017 paper published in PLOS ONE that analyzed the data of 1,064 women on a vitamin D protocol at the Medical University of South Carolina. Again, this paper couldn’t be included in the meta-analysis because it was not a randomized controlled trial. It was a field trial, implementing the results of a definitive randomized controlled trial (the 2013 study mentioned above) done at the Medical University of South Carolina. EVERY pregnant woman received vitamin D care, because the Medical University of South Carolina was changing their standard of care based on the evidence from their randomized controlled trial. The 2017 analysis was done by vitamin D level, and found that women who achieved vitamin D levels of 40 ng/ml or higher close to delivery had a 60% lower risk of preterm birth when compared to those with levels under 20 ng/ml.

These were not included in the meta-analysis because of the rules placed on the analysis by the authors. But is that the only way to do a meta-analysis? Is that the only way to analyze data on vitamin D and pregnancy?
In a time when preterm births continue to rise, along with healthcare costs, it is time to listen to reason and apply principles that are nutritionally sound, inexpensive, and demonstrated.

What does it take to act?

Other Vitamin D and Pregnancy Resources

How to Conduct Proper Nutrient Research 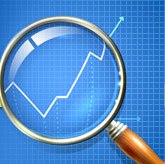